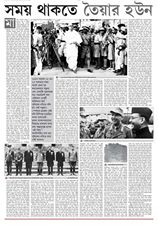 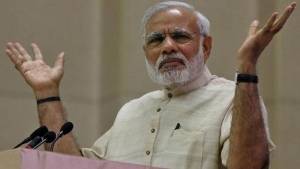 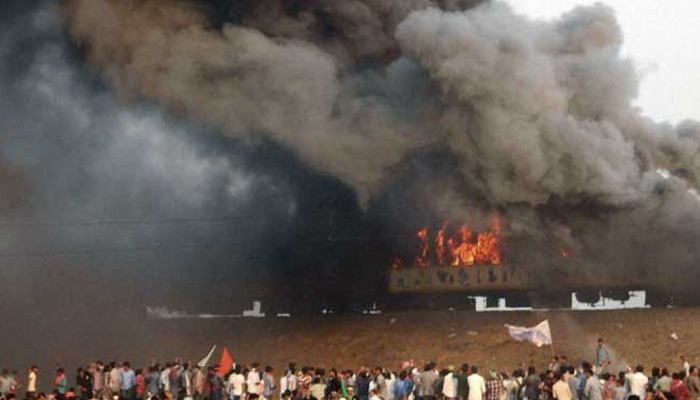 --
Pl see my blogs;
http://ambedkaractions.blogspot.in/
http://palashscape.blogspot.in/
Feel free -- and I request you -- to forward this newsletter to your lists and friends!
Posted by Palash Biswas at 11:56 PM No comments:

Massive protest in Delhi against policies of Modi govt

Massive protest in Delhi against policies of Modi govt

New Delhi, 30 January 2016: Thousands of people from diverse backgrounds marched from Mandi House to Jantar Mantar giving a clear indication that their voices cannot be throttled.  On  the 68th death anniversary of Mahatma Gandhi, over  67 organizations, campaigns and movements representing youth, Dalits and Adivasis ,religious minorities, sexual minorities, Dalits,  the homeless, disabilitygroups and others  came together to speak in one voice against the growing attacks on the Indian republic incidence of caste and religious discrimination, farmer's suicides , attacks on freedom of expression, saffronisation of education, attacks on adivasi women by security forces , article 377, religious intolerance and abolition of dissent.

This is a first time such a diverse set of people's groups and associations had  marched together, shoulder to shoulder to honor the spirit and letter of the Constitution and assert the  solidarity across class, caste, gender and disability. And more importantly to expressing collective concern on the many assaults we are witnessing on the basic values of our Constitution; of freedom, justice, equalityand fraternity, and our resolve to defend our republic.

While the Dalits led the march, farmers from Mewat led by Ramzan Choudhry carried a huge banner of Rohith Vemula.

The march culminated in a vibrant cultural programme at Jantar Mantar, celebrating and representing diversity. .

A statement signed by over 400 people was released.

We members of the Indian public are deeply concerned with the grave assaults that are being mounted on the Republic. This most diverse country in the world belongs equally to all persons who make it its own, regardless of their religious faith (or for that matter, their denial of faith), their caste, gender, class, language, ethnicities, physical and mental abilities, gender identity and sexual orientation. This is the promise that we had made to ourselves during the Independence movement. This is the soul of India's secular, socialist democratic Constitution. This also is the meaning of Part IV–A of the Constitution of India that prescribes the fundamental duties of all Indian citizens: to respect 'the composite culture of India, to 'develop the scientific temper', 'spirit of reform' and 'critical enquiry' and to 'cherish the ideas that inspired the struggle for Indian Independence.

As people of this vast and diverse land, affirm, we uphold and defend the constitutional values of the Indian Republic as elaborated in the preamble of the Constitution – of freedom, justice, equality and fraternity. In brutal contrast to these values, the political forces represented by the so-called Sangh Parivar are trying to subvert our Constitution by imposing upon the whole country their ideology of majoritarian tyranny, persisting caste and gender inequality, religious intolerance, and abolition of dissent. These forces did not participate in India's struggle for freedom and never reconciled to India's secular, socialistic, democratic Constitution, and its categorical assertions about the abolition of caste and equality of all persons. Today they have entered into a dangerous alliance with neo-liberal market fundamentalists and a section of unscrupulous capitalists and financiers who see constitutional democracy as a hurdle in the path of so-called 'development'. This alliance of religious fanatics and neo-liberals want nothing less than an overthrow of the state's constitutional commitment to social welfare, the public provisioning of health, education and social security, affirmative action for women, Dalits and Adivasis; the freedom of belief and worship of religious minorities; and the subversion of the criminal justice system.

The implementation of this authoritarian agenda would lead to the destruction of the Indian Republic. Today our society is witness to increasing religious polarization and fear; and attacks on women, Dalits, Adivasis, religious minorities and working people; the criminal neglect of agriculture leading to an epidemic of farmer suicides; the theft of natural resources; and attacks on livelihoods and workers' rights; gender violence; the neglect of persons with disabilities; discrimination against Dalit students in schools and universities across the country; and the persecution of people marginalised on the basis of their gender identity and sexual orientation.. Worst of all, the members and allies of the so-called Sangh Parivar are bent upon curbing our freedoms. They tell people what to wear, write and speak; whom to love and what to eat.

Today no one – not least the Hindus whom they claim to represent – is spared the poison being spread in our society by leaders and activists of the Hindutva brigade. All critical voices are dubbed anti-national and asked to leave the country. All this is accompanied by open intimidation that often leads to violence. It is significant that in the recently concluded state elections in Bihar, the Election Commission was obliged to take note of the communal propaganda being spread by the BJP. It is a matter of concern that the Prime Minister of Indiacould resort to divisive propaganda in his speeches in that election.

This climate of intimidation has led to mounting fear among dissenters and minorities of all kinds. Contrary to the propaganda against those who have stood up for democracy, this fear is not an invention of partisan critics of the Modi government. It is real, urgent and dangerous. The lynching of Mohammad Akhlaq in Dadri on the rumour that he ate beef; the assassination of rationalists Dr. Narendra Dabholkar and Shri Govind Pansare; and of the scholar Professor Kalburgi; and the continued criminalisation of sexual minorities under Section 377, are manifestations of this climate of intolerance and intimidation. It is this same climate of intolerance that had led months after India's freedom to Nathuram Godse's assassination of Mahatma Gandhi on January 30, 1948, and which resulted in a ban on the RSS, at the initiation of Sardar Patel as Home Minister. Some months ago members of the ruling dispensation were openly celebrating Gandhi's assassin as a great hero. It is the current climate of continuing social inequality that led to the heart-breaking suicide of Rohith, declaring that his birth is his fatal accident; and the unmaking of the developmental state that has led to grave cutbacks on social sector public spending on health and education; to curbing of labour rights; to reckless dilution of environmental protections; and the bullying of dissent.

As inheritors of a secular and democratic Constitution, it is our duty to resist this assault on the Indian Union. We call upon all those who cherish the statutes, values and ideals of the Republic, to join our march from Mandi House to Jantar Mantar on January 30, 2016, in defence of Indian democracy.

Alexander Afzal- Let Us Stay Together

Astha Pando, Nine is Mine

Centre for Social Equity and Inclusion

Nine Is Mine, Delhi

Save the Children India, Delhi

Steve Rocha- Nine is Mine

Academics for Action and Development

Centre for Social Equity and Inclusion

Let Us Stay Together

Nine Is Mine, Delhi

--
Pl see my blogs;
http://ambedkaractions.blogspot.in/
http://palashscape.blogspot.in/
Feel free -- and I request you -- to forward this newsletter to your lists and friends!
Posted by Palash Biswas at 10:31 AM No comments: